I took a week off work to (surprise!) work on my game. Things did not go entirely to plan, as some time during some “routine” fiddling on Sunday or Monday it started crashing. Not crashing as in throwing exceptions from my own code, I mean crashing as in the entire Unity editor bombing out.

I found a bug report to Unity which seems to cover it, but that fix won’t be released until June in the next major version. And what if this doesn’t fix my issue, and only affects one with a similar error message? Erk.

END_OF_DOCUMENT_TOKEN_TO_BE_REPLACED 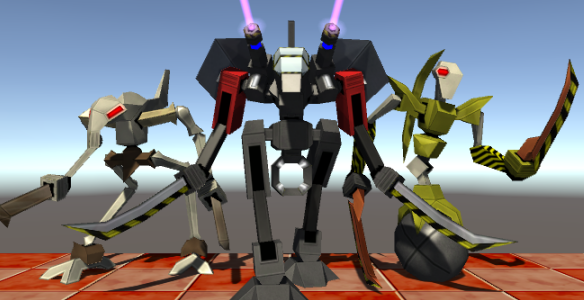 So many features, so little time. I said I would build 34 features into my game in three weeks over the festive break; it is now three months later.

But what features! I might have had to unwind a couple of stinkers along the way, but I’m fairly sure the epic combination of fog o’ war and a minimap more than make up for it.

END_OF_DOCUMENT_TOKEN_TO_BE_REPLACED

I am a little bit sad that I missed the late 90s computer game era; things seemed to be more aligned to my tastes back then. Oh well, we’ve got ports on gog.com to make up for it — better late than never, right?

Today’s interesting morsel from the dark ages is Urban Chaos, a crime-fighting action adventure. (Well, not that dark, 1999 wasn’t that long ago.)