When XCOM came out, all the hype and reviews got me interested. Not interested enough to buy it at the time, of course, but enough to want to try out a GOTY edition at the end of its life cycle.

Needless to say, I forgot, but all the recent chat about its sequel sparked my interest again. Unfortunately, the last time I stepped out of my genre comfort zone to follow the hype train, I got a disappointment in Shadow of Mordor — will this time be different?

I reckon I went through all the phases of grief with XCOM. I played it on Easy, of course, because I’m totally new to this sort of thing. It began, indeed, fairly easy. Then it got really really bad. Then it got easy again. Life is a rollercoaster, just got to ride it! 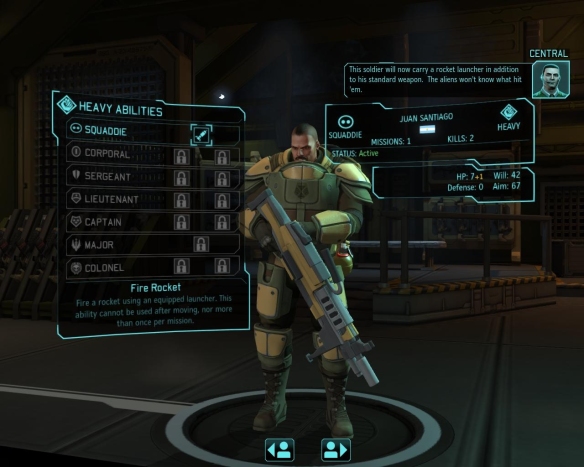 Oh, if only the aliens knew the heights to which Juan Santiago would ascend…

What happened is that it escalated fast. The game opens with a gentle tutorial mission where everything seems fine. Well, only one of four squaddies makes it out from the battle against a single enemy that dies in one hit, but it was heavily scripted so it doesn’t count. Then you get back to base and you get to launch a satellite and build some stuff.

So you have the strategy layer where you’re all cosy in your base and you need to pass the time until Something Happens. You do research, buy upgrades, build new bits of base to unlock new upgrades, and so on and so forth. Every activity takes days to complete, so once you’ve spent all the money and made all the decisions you can, you press fast-forward and wait until something happens — either one of your queued projects finishes up, or you catch some aliens doing something nasty and sally forth to set about them. 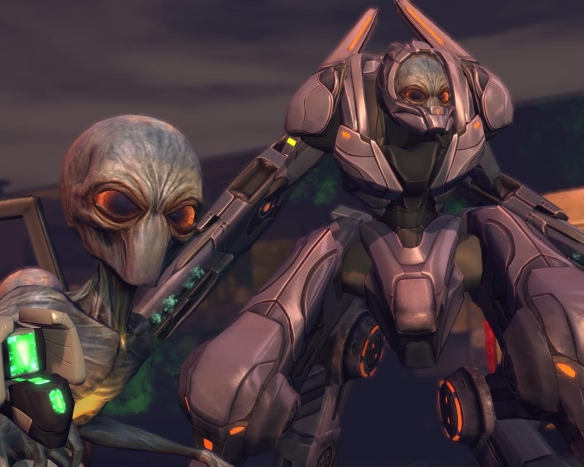 When you first spot a squad of aliens, they get a little intro cinematic (and then dive into cover).

Unfortunately, I kept sallying forth and kept getting my arse handed to me. Every mission seemed to roll out a new enemy, more mobile or more of a bullet sponge or more of a gunner (or all three) and I just couldn’t keep up. Although I had triggered loads of research and development it all seemed useless in the field (though at the end of my first month of hell the Council still gave me an A rating for some reason).

Okay, maybe I’m being hard on myself. I never actually failed a mission, I just lost a lot of people along the way. I tried to resist saving and reloading as that’s not really in the spirit of the game, but a couple of missions were particularly tiresome and I had a few re-tries before I got a less-than-total wipeout.

Japan might sound exotic, but to be honest most of the invasion was blunted in Birmingham.

On the other hand, I’d like to put at least a little of the blame on the game’s interface. The base is pretty clunky to navigate; ostensibly a series of drop-down menus that bring up different screens; except the various important screens are scattered all over the place and many hide further sub-screens. This makes it easy to fixate on one research station and forget that there are others behind other buttons — and it’s worse when some of those forgotten upgrades you could have bought months ago would have shifted the game’s difficulty onto a much more pleasing curve.

Of course, while you’re busy playing catch-up, the aliens are operating on their own time scale. Your supra-national team of power rangers is funded by national governments, and the more the aliens get away with, the higher panic rises in each nation. Every time you fast-forward time until the next decision point, the aliens fast-forward too. Which is, to be fair, kind of cool — just a bit of a punch to the balls for a n00b like me who is used to escalation being gated behind his own narrative progress rather than a clock.

That’s right, Juan Santiago earned the nickname “Papa Bear”. I don’t know why, but it seemed to work.

It is quite acceptable to ignore missions, which I had to do a few times because I simply didn’t have the personnel. When soldiers take hits in battle, they have to recover for a week or two depending on how badly they got hurt — needless to say, I’d spent all my money on research and hadn’t hired any new soldiers to fill the gap… Not that I had much faith in my team (and/or my ability to command them) in missions pre-rated VERY DIFFICULT.

Generally, you don’t entirely know what you’re getting into with a tactical battle. Shoot down a weak UFO and you’ll get to clear out the wreckage and come home with bags of loot, but you might equally be called into a city where anything could be hiding inside the next building. There is plenty of variety to keep things ticking over, between generic repeatable objectives in new locations and special scripted missions requested by the Council, but that of course means it’s hard to predict what’s going to happen and whether it’ll be safe to take a new recruit out; that one weak link could easily mean your good people get killed too.

In the end it was Kgosi ‘Specter’ Ngele who was the star of the show — he could shoot halfway across any map and basically never missed. Especially after I gave him new eyes.

It was a close thing for half of my run. Four nations had bowed out and three more were on the brink when I finally managed to build some satellites and get them into the sky. On Easy mode, it takes eight nations to quit before it’s game over, and I was so close to that threshold — satellites take 20 days to build and there’s no particular indicator about how long a nation will stay on maximum panic before it throws in the towel, so nails were thoroughly bitten.

Crucially, satellites reduce panic just by their existence, the public happy that you’re watching over them, so I got those most faltering nations into line. Satellites also detect alien activity, so you can… Sigh, yes, I reckon the game doesn’t actually escalate that fast: I just didn’t buy enough satellites in the early days, so I never found all the easy missions that would have got me off the ground.

I was even more stupid than that, though, because the more satellites you have, the more money nations will donate to your cause each month — so the more upgrades and equipment you can afford, and the more support structures you can build to do research faster. I am literally the worst strategist. 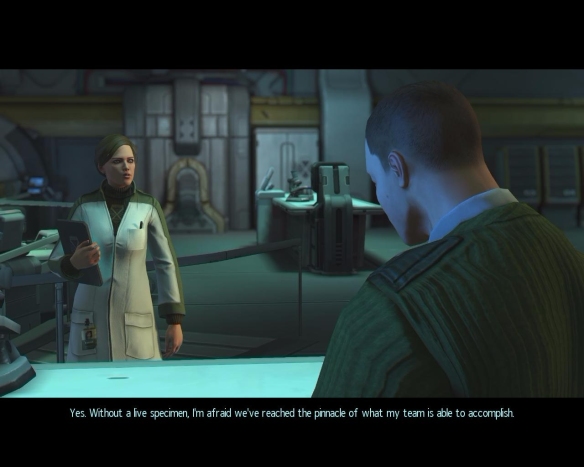 Capturing live specimens was generally problematic because they have to be at 3 hit points or below — whereas I tended to unload everything on each opponent and they’d go from 5 to 0 in one shot.

Once I got into that rhythm, once I had some half-decent equipment and a handle on the global panic levels, and people weren’t dying as fast as I could hire them, I started to enjoy myself.

The tactical battles are quite seductive, and the game easily descends into “just one more”. They last long enough to give you a good run for your money, but are short enough that they rarely overstay their welcome. There’s a delicate balance of having to push forwards to clear the area while trying to keep your troops in the safety of cover, exposing them to as little danger as possible because nobody takes many hits before keeling over. And, once you’re not hopelessly outclassed, a good balance of please-don’t-kill-my-best-soldier tension versus the release of a good beatdown.

A good cause of that is the cover system — because most cover is easily disintegrable by explosives, so the battlefield constantly shifts. Then you realise that the enemy has clustered, and your Heavy can use their rocket launcher to kill all of them — and if he fails to strike the killing blows, then your sniper can pick the last of them off because they’re now standing in the open. For every horrible thing the enemy does to you, it’s extremely satisfying to do something equally horrible right back at them. 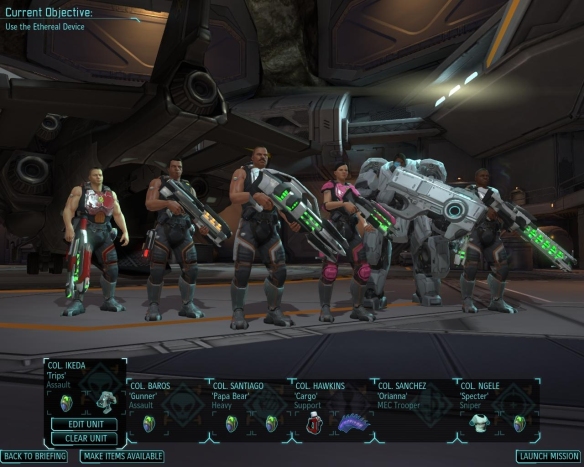 And then my fully-upgraded gene-boosted dream team became basically unstoppable.

So, would I play it again? Perhaps I would. Once I’d established a rhythm and a position of strength, the ebb and flow of battle became more of a joy than a frustrating deathmarch. I’d still rather it was real-time-with-pause rather than turn-based but you can’t have everything, right?

Then, would I aim to play the sequel? Why, I think I would — assuming it still has an Easy mode!