I was aware that the Daedalus system had become unreliable. Icarus was supposed to be the same system with a few modifications.

Icarus never panned out. The problem was just too hard. I blew through a lot of high-minded intentions but finally had to scrap the whole project.

Daedalus, in case you’re not aware, is my PC. He’s more than six years old now, and he’s the reason I haven’t been able to play any new game for at least the last two. You see, at the time, I made the mistake of going for a 32-bit system. “These silly 64-bit machines will never take off,” I thought smugly to myself as I winched Vista back into looking like Windows 98.

Then 4GB of RAM became the minimum system requirement for everything. Sigh.

Daedalus always had issues, though. He might have a Core2Quad, but each core is only 2.4GHz — try playing an early/mid 00s game from after things got really juicy but before they invented threading and you’ll discover that I actually lost capacity from the unnamed single-core 3.2GHz monstrosity I had before. At least in the CPU area.

I was originally intending to upgrade Daedalus, but I knew that in order to upgrade the CPU I’d have to replace the motherboard. Now, I’ve added RAM before, replaced HDDs and graphics cards, but the thought of fiddling with the delicate innards of a PC terrified me.

I also discovered that Daedalus had a BTX motherboard rather than an ATX motherboard. The BTX form-factor quickly become defunct, and my fear definitely did not extend to ripping the case to pieces and rearranging it to fit an ATX. Thanks, Dell! 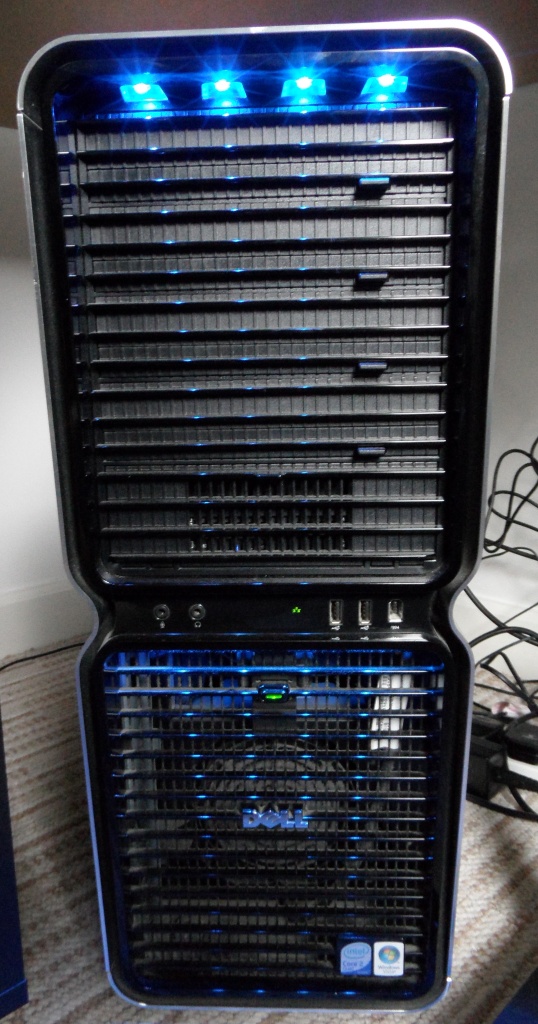 As time wore on and I hadn’t even touched Daedalus’ insides (apart from replacing that dodgy HDD right at the beginning), I began to consider more drastic action. I definitely needed something new, something on which to play Crysis at maximum, but I didn’t really want to go for another Dell, not after Daedalus let me down in so many ways. (Don’t get me wrong, I love the case and the colour-changing LEDs and he’s done me well for all these years, but he was never quite right. Maybe my standards are too high.)

I strongly considered buying pieces and building a machine from scratch. How hard could it be?

But the same fears assailed me. I can plug in a hard drive just fine, but I really don’t want to stick a processor onto a mobo with thermal paste and bendy pins and non-eutectic solder-balls all the other things people kept mentioning in any literature I looked at.

I also wanted a new PC now, not in several months when I’d finally scraped together all the bits and plucked up the courage to staple them together.

Helios is a more advanced solution to the problem, a self-specified system that does not involve organic beings. Believe it or not, you can pay other people to do things you can’t or won’t. Trained professionals who have skills that you lack. 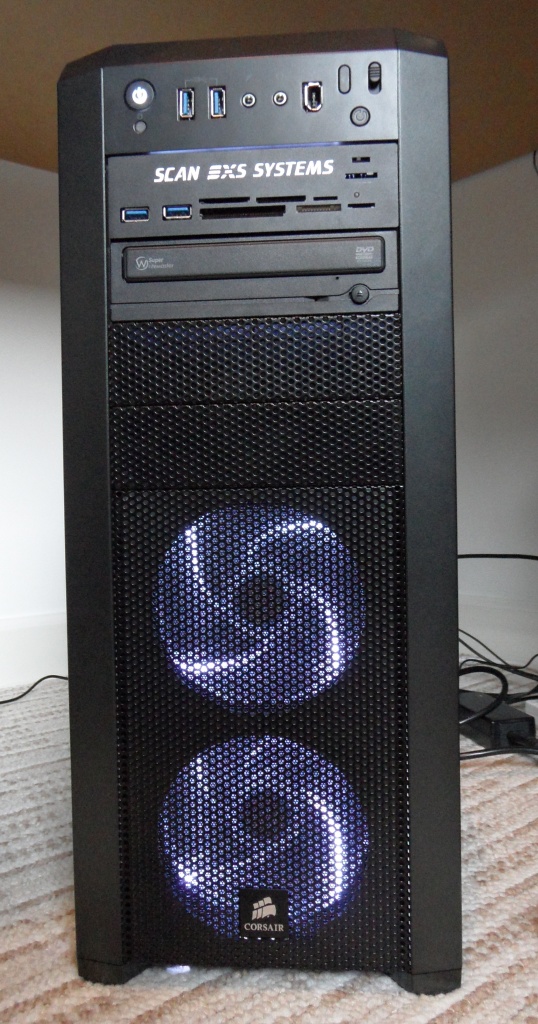 My project will fail if I am integrated with the wrong individual.

Helios is a little smaller than Daedalus, leaner and more understated and much much lighter. Helios does not sound like a small fighter jet taking off when you switch him on. Helios doesn’t try to reset himself to factory settings every time you have the temerity to switch the power on at the wall.

Helios, however, is a true powerhouse with no holds barred in his construction.

A new Intel i7 Haswell-E processor, with six 3.3GHz cores (which will turbo overclock to 4.2GHz when they feel like it), is his beating heart. 16GB of DDR4 RAM provides his working memory, while a 256GB SSD carries his lifeblood and two 1TB RAID0’d Seagate 7200RPM HDDs hold his fat reserves. A hot-off-the-die-moulds 4GB nVidia GTX970 provides epic propulsion for all those modern games I don’t play.

He also has some random stuff I don’t really know much about. Fans that are also faintly water-cooled, a billion USB slots and a new Soundblaster card, the usual guff. Nothing too exciting.

So while I sink my teeth into Crysis on maximum settings, why don’t you tell me what GOTY editions from the last couple of years should I be catching up on?

It is, after all, almost crimbo!