With Prince of Persia last week and a Princess of Mars (John Carter) plus new BBC drama The White Queen this week, it seems like this year’s theme is “royalty”. I guess  Robin Hood: Beyond Sherwood Forest doesn’t entirely fit that theme, though it had a side character prince in it.

I loved John Carter when I saw it at the cinema so I figured it was high time it joined my DVD collection. Does it stand up to a second viewing, and on a much smaller screen?

Of course it does!

There are so many levels that this film works on for me. I love the alien Thark, with their bizarre (but not incomprenhisble or nonsensical) customs and traditions. I love the dramatic tale of good versus evil, with a strong narrative and character development (gosh, the two aren’t mutually exclusive after all). I love the costumes and creature designs, the bird-like soldiers’ helmets and the lovably octopedal “dog” Woola. I love the fantastical cityscapes and fearsome desert canyons, the hundreds of endlessly thundering legs of Zodanga and the ancient ruins around the Thark village. I love the strange victorian/steampunk aesthetic of the technology, from the glittering airship wings to their strange disc-based controls. I love it all! I want Lego of it!

How much of all of that came from the original book and how much came from the film crews? I don’t know, but I do know that the resulting combination is glorious.

It’s an absolutely brilliant film. I really don’t understand why it got such a panning at the time — my theory is that critics either hate fun or have no imagination. Maybe both. 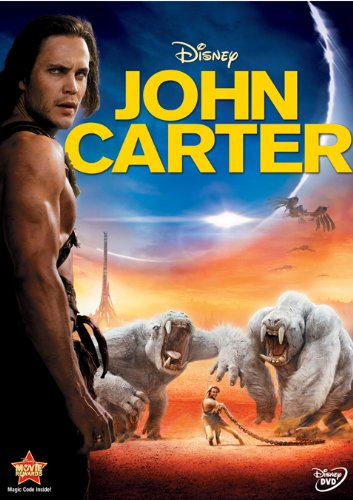 If you haven’t seen it already, see it now.

You’re right, this aired on Sunday. But it was only an hour long, so I figured I’d save it for a weekday so I could relax with the rather chunkier John Carter on the long weekend night.

Now, I’m not much of a historian, but historical drama is about as close as you’ll ever get to swords ‘n’ sorcery on mainstream television (fantasy is for nerds etc etc etc) so I tend to gravitate towards these medieval noodlings where possible. Any splits between historical fact and hysterical fiction are, alas, completely lost on me.

So the protagonist commoner/lowborn noble Elizabeth seduces a rival faction’s proto-king Edward and I’m still not sure if she’s manipulating him for power or does actually love him (and whether or not he’s just using her for kicks). This series opening episode came off as a bit rushed in terms of its delivery — the love affair between girl and proto-king blossoming over two meetings in as many days, resulting in a secret wedding on the third… Basically going through the traditional rom-com phases of flirtation/fall-out/make-up/marriage at breakneck speed. Edward spends most of each meeting saying “I must take you now” in a most unloverly way, with the second meeting having her fight him off in a this-is-going-too-far way, only for her to fall right back into his arms the next day. If this arc is not confused, then it’s at least overly rocket-fuelled.

On the other hand, it’s only episode one and it did feel a bit like a desperate gambit to establish the context before launching into the actual story — perhaps it could have done with being a one-and-a-half- or even two-hour special. These things also have a way of warming up over the series as all the cast settle into their roles, so fingers crossed. 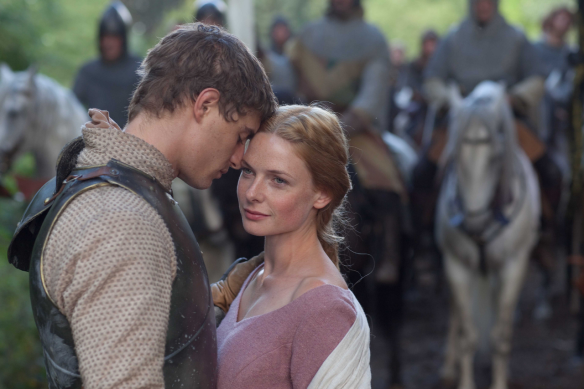 You can always trust the BBC for production values if nothing else.

Actually, calling this low-budget is a bit harsh — the period props department did really well for costumes and physical locations (though I guess there are plenty of tourist trap courtyards and restored country castles for hire). It’s just the computer-generated dragon that poo-pooed the standard but competent visual fare.

There’s a lesson here about working within your own limits, I think. With Project Y4 I meticulously planned a project that I knew full well was within my capabilities (don’t get me wrong, I did include untested elements that were theoretically within my limits too). It’s why I keep referring to the This Wreckage re-write as a novelisation project — because if, as is highly likely, I can’t get the resources to do it right as a game (or film or TV series), I’m going to settle for a medium where I can get the resources to do it right.

So what does that mean for Robin Hood: Beyond Sherwood Forest? Conceptually, and story-wise, it actually had the right idea (it seemed like a fair plot for a Warcraft III map at one point due to a central fetch quest… not sure how much of an insult that is). It just had very little of the execution quality, and chief amongst its flaws is the horrendous CGI dragon (not that it’s actually a bad dragon design, apart from its derpy eyes; the 3D graphics just don’t fit in the real world at all). CGI is apparently hideously expensive, costing loadsa money on a frame-by-frame basis — so if it’s not possible to do it well, I’d hazard a guess that it’s not worth doing at all. (Conversely, if the entire thing was animated it would have been fine — it’s that disparity between the real and the generated that causes the pain.)

Imagine if they swapped the dragon for some kind of costume/animatronic device on a more comprehensible scale… Creativity is often enhanced by limits, and I think the limit of “no cheap ass-CGI” would have done this film better.

The film luckily doesn’t dragon for too long.

I think we already knew this battle was won before it began. John Carter is a fantastic film and I cannot recommend it highly enough.