With the DVDs weighing in at a total cost of precisely five pounds (bless you, sweet bargain basment), I think this may be the cheapest Movie Night ever. Then again, this could have been counterbalanced by the sky-rocketing price of cinema tickets these days.

Showing this week were Serenity, Tristan & Isolde, Prometheus and The Objective.

Whispered rumours for a number of years now suggested I might like this film, so I decided to go for it.

And it was good! Swashbuckling, explosions, action, grand conspiracy, Han-shot-first, and best of all — romance everywhere! A tight script and relentless pace kept it going strong for its two-hour length.

Some of the CGI, particle effects and animations most notably, looked a bit awkward, but these were more than made up for by the physical sets most of the film took place in. Production-wise, I felt that some of the dialogue was a little indistinct at times (possibly a combination of poor enunciation and volume, or my cloth ears), meaning that I missed out on some of the more throw-away witty asides.

Overall, though, a thoroughly enjoyable romp with all the necessary ingredients. 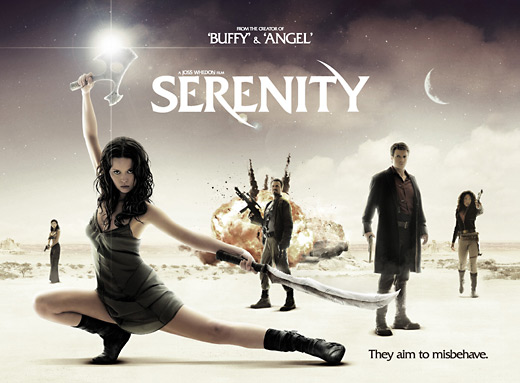 She is going to have the most terrible arthritis when she gets old.

I wonder if anyone has ever coined the genre “battle romance”? If they haven’t, I’m on it, becuase that’s what this is. A pseudo-Shakespearian tangled tragic love story wrapped in battles and intrigue, it’s all forbidden love and treachery all squashed together.

Tristan, despite his floppy hair and girly name, is a fairly remorseless bad-ass, beating up all the other kids when they taunt him, surviving poison and trouncing his way through a tournament. Isolde is the girl from Outlander, a film that appeared on the roster for the original Movie Night.

Anyway, the action is good and the forbidden romance is good, but I can imagine the film being a bit slow and mushy for those more inclined to violence. It is very much a romance film with a war as backdrop rather than a war film with a romantic sub-plot.

Look at me, I can be broody too!

Everybody and their kitchen sink is talking about Prometheus. Sure, Alien and Aliens are good films, but I’ve never felt the reverence that surrounds them. Either way, DS asked if I wanted to go and it wasn’t like I  had anything (other than the ironing) planned.

I’m not really convinced, to be honest. The film raises a million questions that seem to lead only to inconsistent plotholes; there’s a fine line between keeping dangly bits mysterious and trying to join up threads that just don’t fit together.

Sure, as a spectacle — the visual effects, the props and the CGI stuff, are pretty incredible. As a man who is a bit squeamish, though, I can only feel they really overdid the gore and the slime. But I guess that’s what actual fans of the Alien films wanted? 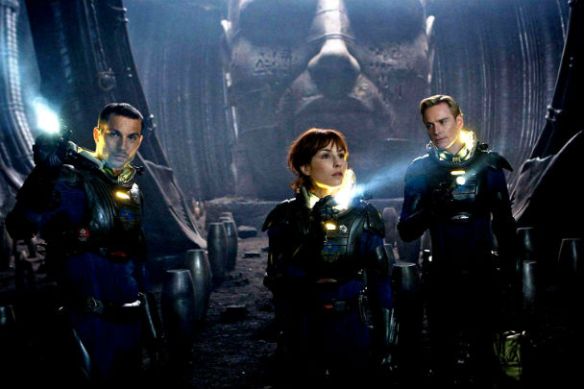 Continuing the sci-fi domination of the week, The Objective is a modern-day gritty Middle East conflict sci-fi. Aliens and terrorists — what could possibly go wrong?

Everything. A weak film with a very very weak ending; some guys are out in Afghanistan, the aliens mess around with them a bit and everyone dies, yadda yadda. Slow and ponderous, trying to build tension to a climax that is the wrong kind of cheese and undermines what little desert grit the rest of the film was pushing for.

Terrorists! Alien terrorists! Look at me, I’m gritty and modern!

I think Serenity runs away with this suite. Fast, fun and brimming with life, it pulls ahead of Tristan & Isolde (which was rather dirgy) and Prometheus’ actually rather weak plot (and obsession with gore). And The Objective was just gash.