An Excerpt from the Life of Somebody Vaguely Associated With RDZ.

Hello and welcome to the eternal glory that is the second ever guest blog.

Who the hell are you? I’m Jack (known online as Spiritfuryfire in some places). I have been mentioned on here several times before. Mostly in the context of having opinions on video games (I committed the heinous crime of enjoying Mass Effect 2). Or getting shitfaced and putting my head in a bin (if he ever mentioned that?).

What the hell is this? This is a review of Ironclad, which RDZ oh so subtly suggested might be forthcoming.

Note 1: I am going to Spoil the first half-hour or so of the film.

Note 2: This review “may” contain profanity. Where “may” means “most definitely will”.

What the Hell is Ironclad?

Ironclad is a 2011 film written, produced and directed by someone called Jonathan English (famous for… nothing) about a member of the Knights Templar in 1215 England during the First Baron’s War. Think Robin Hood Era.

The film opens with a “dramatic” prologue where they describe how the Barons of England (represented by Baron Albany (Cox)) and the Knights Templar decided that King John (Giamatti) is a dickface and they force him to sign the Magna Carta to force him to largely keep his dickfacery to himself. J-Dawg is understandably rip-shit pissed off and decides to recruit some generic Norse mercenaries to fight for him. 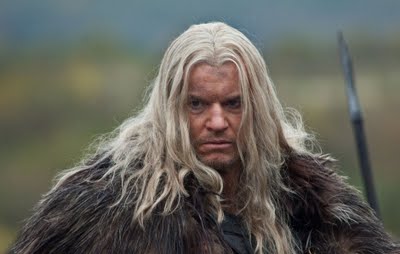 A group of Knights are tooling around in a storm (including Marshall (Purefoy)) and go to a castle to stay the night where the baron acts like a dick because we need reminded that noblemen are all a bunch of cocks, right?

So, the vikings mercenaries attack the castle and kill basically everyone. J-Dawg shows off how much of an incredible bad-ass he is by having an old man hung and the tongue cut out of an abbot who said something along the lines of “Yo Homie, why so hostile?”.

The abbot was Marshall’s friend and he predictably chops, slashes and generally fucks people’s shit up on his way through the mercenaries. The King near messes his breaches. Marshall rides off to Canterbury with the abbot’s soon-to-be corpse. 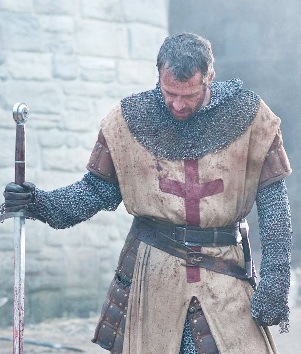 There he meets Albany who as we saw earlier is well aware of how much of a cock-nosed badger-shagger the King is and he and Marshall decide what they need to do is take over Rochester Castle because it’s important for various reasons and to give the rest of the film a plot.

There they meet Baron Cornhill (Jacobi) whose castle it is and Lady Isabel (Mara) his young(er) wife, who predictably falls in love with Marshall because he is a Manly Man who does Man-Stuff like chop dudes into pieces and routinely forget to shave but is also deeply emotional because he looks sad sometimes, despite Marshall not actually doing anything at all to pursue her and having a sworn a vow of chastity. Oh well. They decide it totally doesn’t count because her husband is a lame duck. 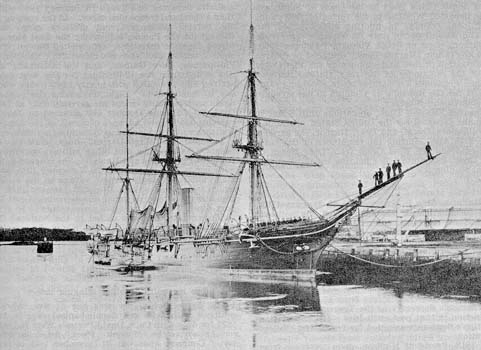 I don't know why the film is named after warships either.

Shit happens, there is a siege, hundreds of people die, there are several very explicit de-limbings and other unnecessary grittiness for the sake of it. Surprisingly enough, the “Good Guys” win. By selling the country to the French. Marshall and Isabel ride off into the sunset (and presumably unemployment) and the King shits himself to death.

I guess that’s more spoilers. Does it count as spoilers if it’s a matter of historic record? Who cares?

What the Hell Was Good?

Paul Giamatti. Though you didn’t need me to tell you that. He’s awesome in anything.

What the Hell Was Bad?

Wow. It’s way too long. Has way too many people you don’t care about, starting right at the top with Marshall and I have wiped my arse with scripts which had better dialogue.

What the Hell is the Verdict?

I see it has a score of 44% on Rotten Tomatoes. Although I think the idea of scoring art on a numerical scale is pretty stupid it should give you a fair idea of what the film is like.